Free online resources for learning about the Red Planet, including Mars projects and activities for kids

Learning about Mars, the fourth planet from the sun, is important for many reasons.  According to NASA’s Mars Exploration Program, the Red Planet is the “most accessible place in the solar system,” offers the chance for answers to our origins, and “could someday be a destination for survival of humankind.”  All of that, and Mars is really interesting!

Why is it interesting?  Well, it is unique in our solar system as a “terrestrial planet with an atmosphere and climate,” with a geology that is both diverse and complex like Earth’s and a changing climate (also like Earth’s).  When kids learn about Mars, they learn more about our own planet and the exciting possibilities that exist in our future.  Here are some great online resources to help you and your child get started:

Mars Facts and Information for Kids

There are plenty of online resources where you can read all about the Red Planet.  Here are just a few:

CrowdScience: Is there life on Mars? (August 2018)
“We take your questions about life, Earth and the universe to researchers hunting for answers at the frontiers of knowledge.”  Look for other BBC articles and videos on Mars, too!

Mars (Britannica)
Find out basic facts and information about the Red Planet here.

Mars Facts (The Nine Planets)
Check out the information here as well as a bundle of printable worksheets.

Mars Facts (Space-facts.com)
Mars facts and features are summarized here, along with a comparison to Earth’s stats.

NASA Science: Mars Exploration Program
This is a website full of information about Mars that you can’t miss!  “NASA’s Mars Exploration Program is a science-driven, technology-enabled study of Mars as a planetary system in order to understand: the formation and early evolution of Mars as a planet, the history of geological and climate processes that have shaped Mars through time, the potential for Mars to have hosted life (its “biological potential”), the future exploration of Mars by humans, and how Mars compares to and contrasts with Earth.”

Planet Mars, Explained (National Geographic)
Discover facts and figures about the fourth planet from the sun here including a slideshow of images.

Space: What is the Mars equinox? (April 2020)
“It might sound a bit alien, but it’s something that also happens here on Earth. In fact equinoxes occur on all the planets in the Solar System.”  Read about the equinox that occurs on Mars.

SpaceX – Missions: Mars
Learn about the possibility of private space travel to Mars. 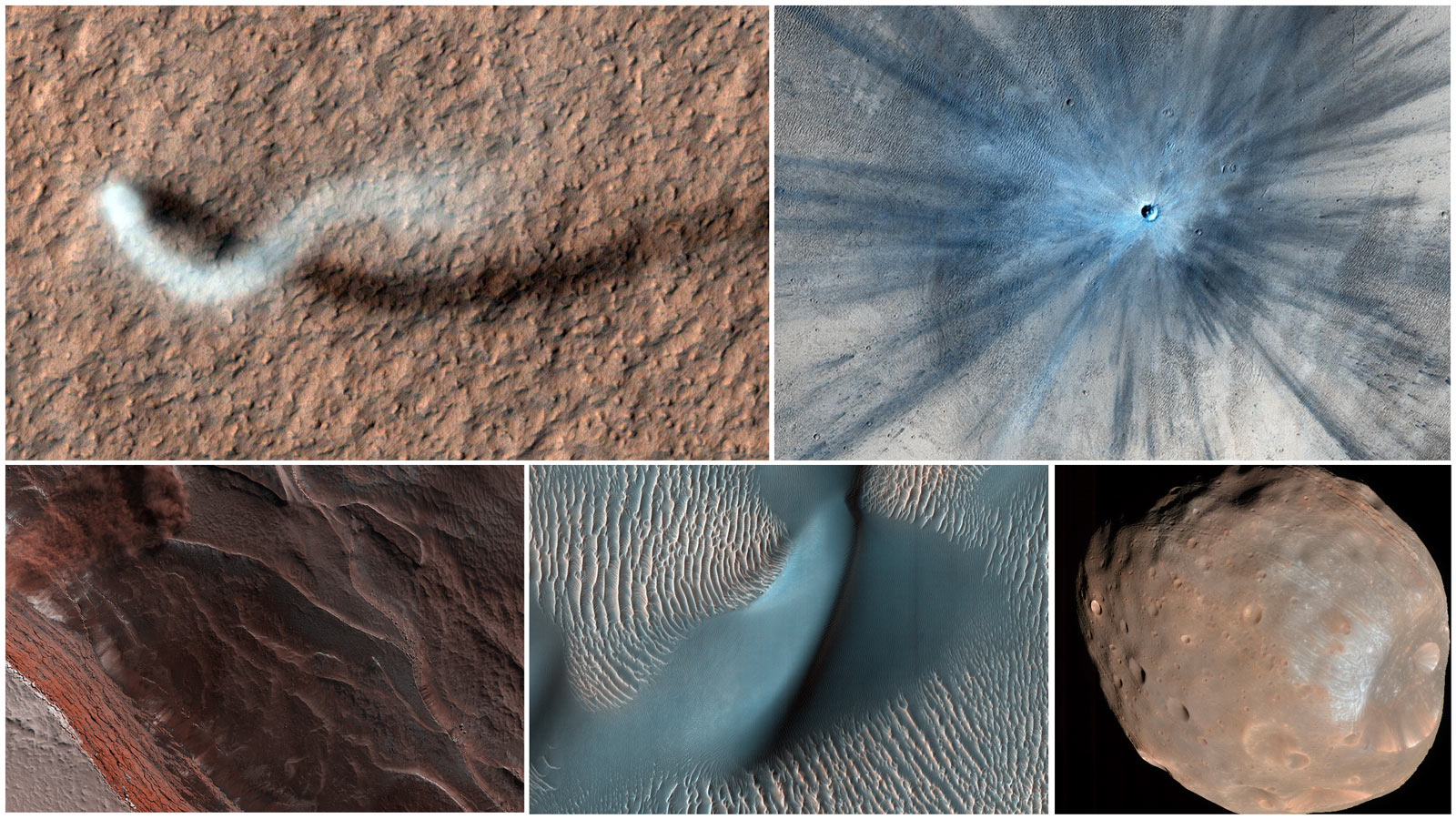 Mars Audios and Videos for Kids

Looking for some ways to supplement your reading about Mars?  Try these online audio and video resources:

CrowdScience: Is there life on Mars? (August 2018)
“We take your questions about life, Earth and the universe to researchers hunting for answers at the frontiers of knowledge.”  Look for other BBC articles and videos on Mars, too!

Are you looking for more hands-on ways to find out about Mars?  Check out these online Mars activities for  kids:

Adventure to Mars
“You and your crew are about to blast off to Mars! Your spaceship already contains the things you need to stay alive such as air, food, water, and heaters. Everything you’ll need after you get to Mars has already been sent ahead of time to the red planet. But now, you must decide what else to bring. How will you pass the time? What types of food and beverages do you want to consume?”

Destination Mars
“A game that presents you with the challenge of successfully travelling from Earth to Mars.”  Download the zip drive and then play!

Explore Mars
“Always wanted to cruise around on the surface of another planet? Well, you’re in luck! In Explore Mars, you will be driving a rover on Mars and collecting information about Martian rocks. First, you will choose a rock to investigate. Then, you’ll send a sequence of commands telling the rover how to get to that rock. Don’t forget to include the command to analyze the rock! This information will then be sent back to scientists on Earth. You will earn points every time you successfully analyze a new Martian rock. If you want a high score, plan carefully. Some rocks are worth many more points than others!”

Life on Mars Word Search Puzzle
Look for words like “Marsquakes” and “permafrost” in this Martian wordsearch puzzle.

Mars Forum
“Discuss Mars exploration and other Mars topics” through this open forum.

Virtual Space Field Trips
While we may not be able to physically visit Mars, we can take a virtual field trip there. Check out these online resources to explore the Red Planet (and other parts of the universe) from the safety of your own home.

Your Weight on Other Worlds
Find out how much you weigh on Mars and on other planets and solar system moons.

How about bringing some Mars project ideas into your homeschool? Help your child learn about our neighbor planet through these fun Mars projects for kids:

A Kid’s School Project on Mars
Check out these four project ideas for learning about Mars: Model of Mars, Plan a Mission, Life on Mars, Martian Magnetism

Know of any other free resources for learning about Mars?  Add them in the comments below….